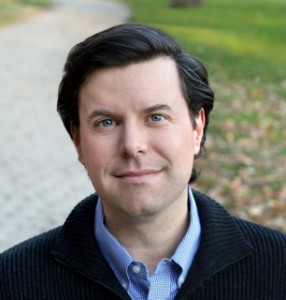 I currently write at The New Yorker Magazine, and until a few years ago, I was a reporter at the New York Times. There, I wrote such series as “The iEconomy” which focused on Apple and won a Pulitzer prize for explanatory reporting in 2013. I  also contributed to other series, including “Golden Opportunities,” “The Reckoning,” and “Toxic Waters.”

But let’s be honest, you aren’t visiting this site so I can brag about series and awards. (Unless you’re my mom. Hi mom!)

I’m also a native of New Mexico. I studied history at Yale and received an MBA from Harvard Business School. I have appeared on This American Life, N.P.R., The Newshour with Jim Lehrer, and Frontline. Before becoming a journalist, I worked in private equity and – for one terrifying day – was a bike messenger in San Francisco.

My introduction to the science of productivity began in the summer of 2011, when I asked a friend of a friend for a favor.

At the time, I was finishing a book about the neurology and psychology of habit formation. I was in the final, frantic stages of the writing process—a flurry of phone calls, panicked rewrites, last-minute edits—and felt like I was falling further and further behind. My wife, who worked full-time, had just given birth to our second child. I was an investigative reporter at The New York Times and spent my days chasing stories and my nights rewriting book pages. My life felt like a treadmill of to-do lists, emails requiring immediate replies, rushed meetings, and subsequent apologies for being late.

Amid all this hustle and scurry—and under the guise of asking for a little publishing advice—I sent a note to an author I admired, a friend of one of my colleagues at the Times. The author’s name was Atul Gawande, and he appeared to be a paragon of success. He was a forty-six-year-old staff writer at a prestigious magazine, as well as a renowned surgeon at one of the nation’s top hospitals. He was an associate professor at Harvard, an adviser to the World Health Organization, and the founder of a nonprofit that sent surgical supplies to medically underserved parts of the world. He had written three books—all bestsellers—and was married with three children. In 2006, he had been awarded a MacArthur “genius” grant—and had promptly given a substantial portion of the $500,000 prize to charity.

There are some people who pretend at productivity, whose résumés appear impressive until you realize their greatest talent is self marketing. Then there are others, like Gawande, who seem to exist on a different plane of getting things done. His articles were smart and engaging, and, by all accounts, he was gifted in the operating room, committed to his patients, and a devoted father. Whenever he was interviewed on television, he appeared relaxed and thoughtful. His accomplishments in medicine, writing, and public health were important and real.

I emailed him to ask if he had some time to talk. I wanted to know how he managed to be so productive. Mainly, what was his secret? And, if I learned it, could I change my own life?

“Productivity”, of course, means different things in different settings. One person might spend an hour exercising in the morning before dropping the kids at school and consider the day a success. Another might opt to use that time locked in her office, returning emails and calling a few clients, and feel equally accomplished. A research scientist or artist may see productivity in failed experiments or discarded canvases, since each mistake, they hope, gets them closer to discovery; while an engineer’s measure of productivity might focus on making an assembly line ever faster. A productive weekend might involve walking through the park with your kids, while a productive workday involves rushing them to daycare and getting to the office as early as you can.

Productivity, put simply, is the name we give our attempts to figure out the best uses of our energy, intellect, and time as we try to seize the most meaningful rewards with the least wasted effort. It’s a process of learning how to succeed with less stress and struggle. It’s about getting things done without sacrificing everything we care about along the way.

By this definition, Atul Gawande seemed to have things pretty well figured out.

A few days later, he responded to my email with his regrets. “I wish I could help,” he wrote, “but I’m running flat out with my various commitments.” Even he, it seemed, had limits. “I hope you’ll understand.”

Later that week, I mentioned this exchange to our mutual friend. I made it clear I wasn’t offended—that, in fact, I admired Gawande’s focus. I imagined his days were consumed with healing patients, teaching medical students, writing articles, and advising the world’s largest health organization.

No, my friend told me, I had it wrong. That wasn’t it. Gawande was particularly busy that week because he had bought tickets to a rock concert with his kids. And then he was heading on a mini-vacation with his wife.

In fact, Gawande had suggested to our mutual friend that I should email him again, later that month, when he would have more time in his schedule for chatting.

At that moment, I realized two things:

First, I was clearly doing something wrong because I hadn’t taken a day off in nine months; in fact, I was growing worried that, given a choice between their father and the babysitter, my kids would pick the sitter.

Second, and more important, there were people out there who knew how to be more productive. I just had to convince them to share their secrets with me.