The iEconomy is a series I helped write for the New York Times in 2012 that examined the challenges posed by globalizing high-tech industries. In particular, it focused on Apple and the company’s overseas factories, tax tactics, patent strategies and other corporate behavior.

The series won the Pulitzer Prize for explanatory reporting on April 15, 2013.

If you would like to read the entire series (which includes animation, comments from thousands of readers in the United States and China, and numerous stories), you can find it on the New York Times website here.

Here’s a few of my favorite stories from the series:

In China, Human Costs Are Built Into an iPad 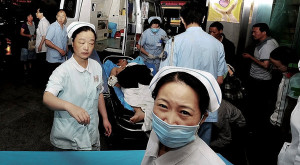 The explosion ripped through Building A5 on a Friday evening last May, an eruption of fire and noise that twisted metal pipes as if they were discarded straws.

When workers in the cafeteria ran outside, they saw black smoke pouring from shattered windows. It came from the area where employees polished thousands of iPad cases a day.

Two people were killed immediately, and over a dozen others hurt. As the injured were rushed into ambulances, one in particular stood out. His features had been smeared by the blast, scrubbed by heat and violence until a mat of red and black had replaced his mouth and nose. …

How the U.S. Lost Out on iPhone Work 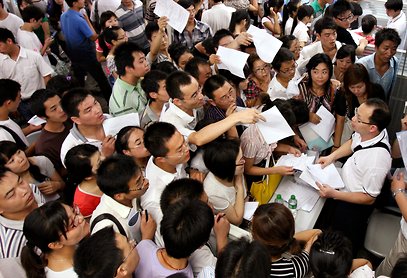 When Barack Obama joined Silicon Valley’s top luminaries for dinner in California last February, each guest was asked to come with a question for the president.

But as Steven P. Jobs of Apple spoke, President Obama interrupted with an inquiry of his own: what would it take to make iPhones in the United States? ….

Apple’s iPhone is a model of American ingenuity, but most of its components are manufactured somewhere else. This animated graphic shows you where those components come from, and what it means for the American economy.