Keep those resolutions with…

Every New Year’s Eve, people around the globe make resolutions. They tell themselves, I’m going to exercise more! And organize my receipts every week! And keep the kids away from the iPad!

And then, February arrives. The running shoes are deep in the closet. The receipts are in a pile. And the kids just reached level 134 on Angry Birds.

But this year can be different. When I was writing my book about the science of habit formation—The Power of Habit: Why We Do What We Do in Life and Busi- ness—I asked neurologists, psychologists, and other researchers if there’s a right way to create New Year’s resolutions. Absolutely, they replied. Studies show that if you structure your resolutions in a scientific manner, they’re much more likely to stick.

TIP 1. KNOW YOUR HABIT LOOP
The first step is understanding that every habit has three parts: a cue, a routine, and a reward. 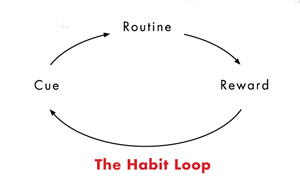 For years I had a habit of eating a chocolate chip cookie every afternoon. And so before New Year’s rolled around, I made a resolution: Stop eating cookies. The scientists said I needed to recognize that habits—and my resolutions to change them—exist within a larger pattern of behaviors. So to create new habits, I needed to pay attention to my environment.

TIP 2. FIGURE OUT THE CUE
Cues can be a specific time of day, a par- ticular emotional state, or other triggers. And so I began paying close attention to my environment whenever I felt a cookie urge—and pretty quickly discovered it always occurred at about 3:30 in the afternoon. Time of day was the cue.

TIP 3. EXPERIMENT WITH DIFFERENT REWARDS
But simply identifying a cue isn’t enough. The reason why habits are so powerful is because they deliver rewards. So to make my New Year’s resolution stick, I had to identify the reward. Why was I eating a cookie every after- noon? To figure this out, I had to conduct experiments. One day, when the cookie urge struck, I bought a cup of coffee, to see if what I really needed was a pick-me- up. The next day, I ate an apple to see if reducing hunger was the reward I craved. On day three, I went for a walk. What I discovered was that the real reason I went to the cafeteria was because it offered an opportunity to see friends. The reward I was craving was socialization. 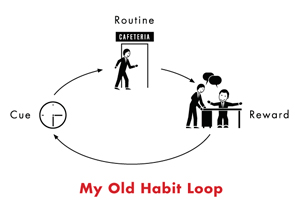 Once I understood my cue, routine, and reward, the habit was easy to change. I resolved that every afternoon I would walk to a co-worker’s desk to gossip, rather than the cafeteria. I would give myself the reward I craved—socialization—but change the routine so it didn’t include a cookie. 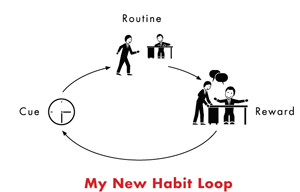 TIP 4. ANTICIPATE THE TEMPTATIONS
Of course, simply selecting cues and rewards doesn’t mean that change occurs effortlessly. The key is to figure out when your willpower is likely to flag and come up with a response ahead of time. Are you likely to start munching when you’re stressed? Buy lots of fruit before in-laws arrive. Is it hard to exercise before work? Put your running shoes by your bed so you’ll see them first thing in the morning.

TIP 5. HAVE A PLAN
Researchers have found that New Year’s resolutions last longest when people write them down as a formula:

WHEN I SEE THE CUE, I WILL DO A ROUTINE TO GET A REWARD

Any resolution takes willpower. But if you have a New Year’s resolution formula, you’re more likely to follow through. Over time, a new habit will be born. I set my cookie resolution a year ago, and today, I haven’t had a cookie in months. And I’ve got a bunch of new habit formulas ready for 2014.

Put THE POWER OF HABIT to work for you.